Go Code Colorado has been an incredible addition to Colorado’s thriving tech and innovation community. Go Code is helping Colorado achieve a more meaningful, healthier government and business environment through a number of competitive events that challenge entrepreneurs and developers to build data-savvy apps that help businesses make better decisions. Go Code is an initiative of the Colorado Secretary of State’s Business Intelligence Center, which works to make state-managed, public data more accessible with the help of the Governor’s Office of Information Technology’s Colorado Information Marketplace (CIM) at data.colorado.gov.

Go Code will host its third app challenge in 2016 and we couldn’t be more excited! But first, we thought we would follow up with one of the winning teams from 2015 for a little Q&A. We contacted Jordan Majdolashrafi from the Pikr Knows team who helped develop a tourism app for Colorado residents and visitors that suggests a variety of activities based on the user's needs. Here’s what he had to say about his team’s winning app:

What is the progress of Pikr Knows’ winning app today?

Jordan: We're finishing up the last stages of a mobile version of the app and plan for a release on both iOS and Android. Once the mobile app is online, we plan on taking down the version on our website and focusing purely on a mobile experience.

What’s the coolest thing that has happened to you since winning the 2015 Go Code Colorado?

Jordan: Personally, job offers and a nice salary boost. After winning, I've had several people approach me asking to consult for or join their company. Since Go Code is one of the biggest hackathons in the region and has a good amount of media coverage, it looks really good on a resume.

What was the biggest challenge Pikr Knows faced during last year’s competition?

Jordan: Team dynamics. Everyone on our team was very talented - however, we couldn't agree on anything and we were constantly stepping on each other's feet. It was easy to get burned out on the project quickly. Now that we've had some time to rest and settle our differences, we are excited to finish up the mobile app.

Do you have any recommendations for next year’s competitors?

Jordan: Yes! Choose your team carefully, you'll spend so much time around them that they'll become family by the end of the competition. Define specific roles for every team member and trust your team members to make the right calls and follow through. Offer your opinion on matters, but respect and realize the final decision is made by the member whose role is in charge of that matter.

Kick off for next year’s app challenge will take place on Feb. 3, 2016, so start building your team up. For more information on upcoming events or building a team, visit GoCode.CO. We hope to see you there!
Posted by Office of Information Technology at 10:49 AM No comments:

The State of Colorado has been using Google Apps for Government since 2012. We chose this enterprise solution in order to eliminate 15 aging and disparate email systems, as well as streamline budget and work time through the use of these cost effective, user-friendly, collaborative tools. And because, let’s face it, Google Apps are amazing.

To date, Colorado’s use of Google Sites alone has resulted in $4 million in cost avoidance. We are also very proud that Colorado’s website coloradounited.com, established during the flood disaster of 2013, won the 2014 CITE award for Best Use of GIS (geographic information systems).

Before jumping into the world of Google, we had to get a few ducks in a row. The State of Colorado was the first entity worldwide to obtain Google’s Health Insurance Portability and Accountability Act (HIPAA) Business Associate Agreement. This ensures that Protected Health Information (PHI) is being safeguarded when using Google’s core applications. Our Google Services Team also works closely with our Office of Information Security in maintaining a private Chrome store for third party applications and extensions that have been vetted for use on the Google Apps for Government system.

Even our power users of Google know that there’s always more to learn. Google Apps was designed to make people more efficient and productive; you don’t have to be “tech-savvy” to use them. The Gooru (a part of our BetterCloud administrative, auditing and security suite) just posted its Productivity Guide for Google Apps with tips and insights into all of your Google Apps. We definitely learned a thing or two, so take a look if you are a Google lover, user, or simply need a new method for collaboration.

Are you a state employee? If you want to access The Gooru’s online toolset directly within the state environment, you can click on the navgrid (the nine little boxes at the top of each Google page whether you are in Gmail, Drive, Sites, etc). In that window, click “more” and then click on BetterCloud icon. If you haven’t done this before, it may prompt you to authenticate your account. Go ahead and authenticate. From there, you will be taken to a landing page where you can access a variety of Gooru tools, arranged from beginner to intermediate to gooru (expert!). 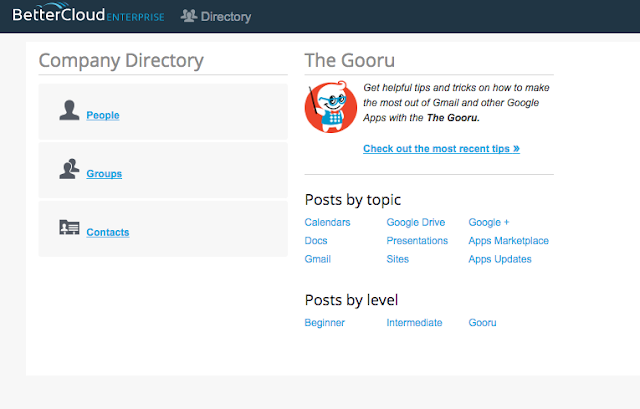 Posted by Office of Information Technology at 9:55 AM 2 comments: 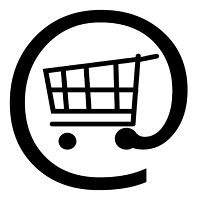 Today’s blog content is in partnership with MS-ISAC, the Multi-State Information Sharing & Analysis Center, Stop. Think. Connect., and the Center for Information Security.

It’s that time of year again—food, fun, parties, and lots of online shopping. Online shopping can be a savior, allowing you to find the perfect gift while saving time, but it can also end with identity theft, malware on your computer, and other cyber unpleasantness. Rather than letting it ruin your holiday season, you can take a few simple security precautions, and be careful where you shop, to help reduce the chances of you being a cyber victim.

When purchasing online this holiday season—and all year long—keep these tips in mind to help minimize your risk:
What to do if you encounter problems with an online shopping site?
Contact the seller or the site operator directly to resolve any issues. You may also contact the following:

Posted by Office of Information Technology at 8:00 AM 3 comments:

Email ThisBlogThis!Share to TwitterShare to FacebookShare to Pinterest
Labels: Security 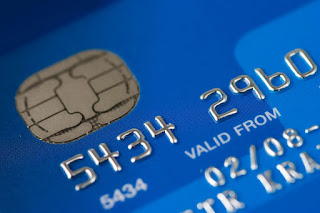 EMV (Europay, Mastercard, and Visa) is becoming the standard for U.S. consumers and business owners. While many other countries have already adopted this technology, the U.S. has lagged behind. These new and improved cards are equipped with a small computer chip that’s extremely hard to counterfeit. With compromised credit cards and data breaches on the rapid rise, the U.S. payment industry is slowly making the transition to EMV technology.

In 2014, data breaches totaled 1,540 worldwide -- up 46 percent from the year before -- and led to the compromise of more than one billion data records. In addition, approximately 31.8 million U.S. consumers had their credit cards compromised last year, more than three times the number affected in 2013. Although the deadline for the transition was to be complete by Oct 1, 2015, some merchants still do not have EMV card readers readily available, making them fully liable for their losses in any data breach.

So what does this mean for consumers? Well, without the upgraded machine the chip doesn’t come into play -- consumers will have to swipe the magnetic strip instead and therefore forfeit the card’s fraud fighting protection. The card will also lose its security benefits if a PIN is not attached to the chip -- card holders must assign a PIN to the card’s chip to enable full protection.

Experts hope that chip-enabled cards will significantly reduce card fraud in the U.S. However, online fraud is expected to grow because EMV technology only protects consumers when they insert their card into an EMV-ready card reader, so shoppers will still need to take extra precautions when making purchases online. For more information on how chipped credit cards function, check out the FAQs page on CreditCards.com, or attend the Rocky Mountain Information Management Association’s upcoming session, “EMV Chip and PIN: Will it save us?” on Dec. 10, 2015, in Denver.
Posted by Office of Information Technology at 9:05 AM No comments:

Email ThisBlogThis!Share to TwitterShare to FacebookShare to Pinterest
Labels: Security

Holiday travel? Have no fear, Bustang is here!

Last week kicked off another busy holiday season on Colorado roads, and we all know that highway traffic can cause quite the headache.

The Colorado Department of Transportation (CDOT) announced Bustang’s service launch on July 13, 2015, with 13 buses in rotation on each respective route. Each coach is equipped with restrooms, bike racks, free WiFi, power outlets and USB ports. Coaches offer a 50-passenger capacity and are handicap accessible.

Our Governor’s Office of Information Technology (OIT) teams played a big role in this exciting new transportation offering -- watch our Bustang video to find out how.

So take a much-needed break from steering the wheel this holiday season and grab a seat on the Bustang!

Posted by Office of Information Technology at 8:48 AM No comments: